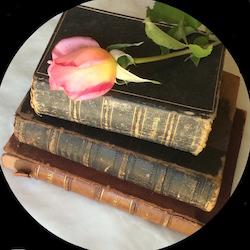 There will proably be spoilers in this review, although I'm not really going to be focusing much on plot issues--more just a jumbled collection of emotional reactions. But if you haven't seen the movie and don't want any substantial elements spoiled, don't read this.

OK, are we all still on the same page?

In a way, I guess, a jumbled collection of emotional reactions is an appropriate review for a Star Wars movie, because they have always been a jumbled collection of tropes intended to provoke emotional reactions. It's just a matter of whose reactions they're designed to provoke. When you look at the overall history of Star Wars movies, it's clear that The Last Jedi, even more so than The Force Awakens, is deliberately designed to widen and deepen the set of people whose emotional reactions the franchise cares about. And yet, on closer examination, it's still a very conservative, catch-up approach. Let's take a look at gender representation, just for a start. I've seen a lot of reactions, both positive and negative, about the "overwhelming" presence of women in The Last Jedi. Negative reactions, as in "all these girls are ruining the franchise" and positive reactions as in "yay, look at all the lovely female roles." I know, because I was part of the latter reaction.

You know that thing that’s been studied that shows that people perceive that when a group of people has around 1/3 women or when a conversation has around 1/3 female contributions that the women are over-represented?

I ran the numbers on the cast lists at imdb.com for The Last Jedi.

(Note: I find the complete absence of women from the “uncredited rest of cast” list significant. It says something about what the unmarked default remains and who is getting the bottom-of-the-ladder acting jobs that can lead to viable careers.)

Just to put it in context, let's look at female % of first 10 top billed, and % of "first billed" (all per imdb, which seems to consistently list the first 15 for "first billed") for all 9 franchise movies so far, in order of release:

This is “women taking over Star Wars”. WIth the exception of the Smurfette throwback numbers in Rogue One, there's been a slow incremental improvement. Ah, but the female characters are central and important, so the “takeover” is more obvious when you look at percent of the dialogue, right? I can’t find a dialogue-by-gender analysis for the movie yet, though this article looks at the franchise history for non-white and female representation across several factors. In A New Hope the female first-billed presence at 13% (i.e., two women) dwarfed the female dialogue presence of 6.3%. In The Force Awakens, the first-billed presence and dialogue presence were functionally identical (ca. 27%) but this only brought the dialogue presence in line with overall averages for movies that year. I have a suspicion that when the stats come out for female dialogue presence in The Last Jedi comes out, it won’t be significantly different from the first-billed representation. But at 40%, that of course means that women have successfully elbowed all men out of the franchise.

So, yes, I loved loved loved the visceral presence of women in The Last Jedi, both in terms of screen-time and story structure, but even I fell into the trap of perceiving women as dominating the movie when we're still talking about maybe one in three. And the same phenomenon carries over to the non-white presence. It's lovely, it's wonderful, it's fabulous that there were so many non-white characters driving the action on screen. But let's not see it as more than a potentially anomalous good first step that needs to be followed up across the industry on a consistent basis until perceptions match reality. If we accept the false subjective perception that 30% means "women dominate" then we'll continue to accept 20% as parity.

In terms of plot, there were a number of trope-subversions and unexpected resolutions that I really really liked. I liked that Kyle Ren stuck to his whiny, petulent emo-boy character and followed through even when we were teased with the possibility that he might be "turned away from the dark side." Because I would have been furious if we'd gotten another Darth Vader redemption-at-the-last-minute story that wiped out all the terrible things he's done both on and off screen, especially if it were driven by that really tired trope of "the love of a good woman can redeem a bad boy." That trope is one of the most pernicious ones in media throughout the ages. (Of course, there's still one movie to go in this set, so they could still fall back on it.) I'm trying to remember whose review it was that utterly tore apart the concept of the Kylo Ren redemption arc, I'd like to give credit but I'm not finding it at the moment.

I loved that there is no indication of setting Rey up for a romantic arc in any way shape or form. Yes, it's clear that Finn has a thing for her. But all her reactions and body language say "wonderful platonic friendship" and we really need more of those on the screen, especially between m/f pairs. While we're talking about romance, I'm not in the least surprised (though always disappointed) that we get not even the slightest hint that anyone in the Star Wars universe might be something other than heterosexual. And I will hate on anyone who disses Finn/Rose because they're holding out for Finn/Poe. They never were going to give you Finn/Poe. They never will give you Finn/Poe. They will toy with you in unofficial interviews and tease you and make vague meaningless promises.

"Sexuality in general is not something that's front of mind in any of these movies," writer-director Rian Johnson told BuzzFeed News. "I think [LGBT representation] is one element that we haven't done yet that we need to do."

Bullshit that "sexuality...is not something that's front...in any of these movies." Leia/Han was not about sexuality? Anakin/Padme was not about destroying the Republic because a young Jedi couldn't keep it in his pants? Bullshit, bullshit, bullshit. But they will never give you that LGBT representation they're teasing you with. Because they know you'll keep crawling back like a whipped puppy whining for table scraps and being grateful that you haven't been locked out in the cold empty garage for the night. And the whole, "But this one throwaway line in a Star Wars novel can be interpreted as Admiral Holdo being bisexual"? Yeah, that's still table scraps. And when you look at the particular scrap in question, the more obvious reading is that it's talking about inter-species sex, not bisexuality. (Recall that Star Trek was perfectly accepting of interspecies sex from the get-go but peculiarly erasive of the possibility of non-heterosexuality long past the point when it was an embarrassment.)

All of which does not contradict the fact that Admiral Holdo is my emotional fave character and my heart is broken that we won't get more of her. Also: I've rarely been tempted to cosplay, but I WANT that dress. The fact that I do not have a Laura Dern body and would look awful in puce will quite probably be the deciding factor, alas.

Moving on to plot elements. I'm delighted to see the rug pulled out from under the "bad boy going off cowboying in defiance of authority and common sense" trope. A pity they had to spoil it by having Leia and Holdo have that "Isn't he so cute when he's treasonously subordinate?" moment. No. Poe Dameron isn't cute. And being a hotshot pilot on your own doesn't make up for the enormous volume of human lives and equipment he is personally responsible for throwing away. I have no confidence that he has learned any sort of lesson in the long term, or that he won't be promoted into some position of authority he is completely unsuited for. Our society is full of hotshot flyboys leaving wakes of disaster behind them and it's time we stopped framing them as the heros of the story. The Last Jedi makes a brief nod to the destructiveness of that type of character but doesn't stick the landing.

I am delighted with the implication (both by the disclosures about Rey's parentage and the closing scene with the stableboy--and of course it's the stableboy, of course it is) that we're moving away from "the Force as royal bloodline" with all the neo-monarchist garbage it promotes, and just perhaps toward showing that the salvation of the universe depends on the distributed actions of lots of "nobodies". Goodness knows, the official Resistance isn't going to save us, given that they've been whittled down to a population that can all fit on the Millennium Falcon! In the last year, people have gotten a lot of mileage from using the Star Wars Resistance as a symbol of political action for the real world. (I just might *cough* own a pink ball cap with a sequined Resistance logo on it.) But it can't be that symbol if it props up the notion that salvation will come from some official organization way off thataway in a secret rebel base. Because if that's the message we take away, then when the Resistance sends out the signal to their "supporters" throughout the empire, no one will answer.

So, as I said, a random heap of emotional reactions. I liked the movie a great deal. I liked that I didn't walk out of it with the impression that it was 80% chases, explosions, and battles, and that's pretty rare for sci fi movies these days. I would like the progressive aspects of the plot and casting if I felt they were more deeply rooted in the creative process and the deepest values of the movie industry, but we all know how tenuous such things are.

So, as always, I'll close this review with an admonition that if you want to see media that represents all genders, all sexualities, all ethnicities, and that moves beyond tired action-hero tropes, don't wait for Hollywood and other mainstream media giants to throw you the promise of future scraps. Go out and support the creative properties that are giving you that representation now, today, up front, without apology, and as an intrinsic part of their worldview.